Alan Tuerkheimer Uncategorized
Trial Methods collected data online from 204 jury-eligible people from 15 counties across the country between May 27 and June 5, 2020. These counties were selected because they represent a range of geographically, demographically and politically diverse subsets of the population. 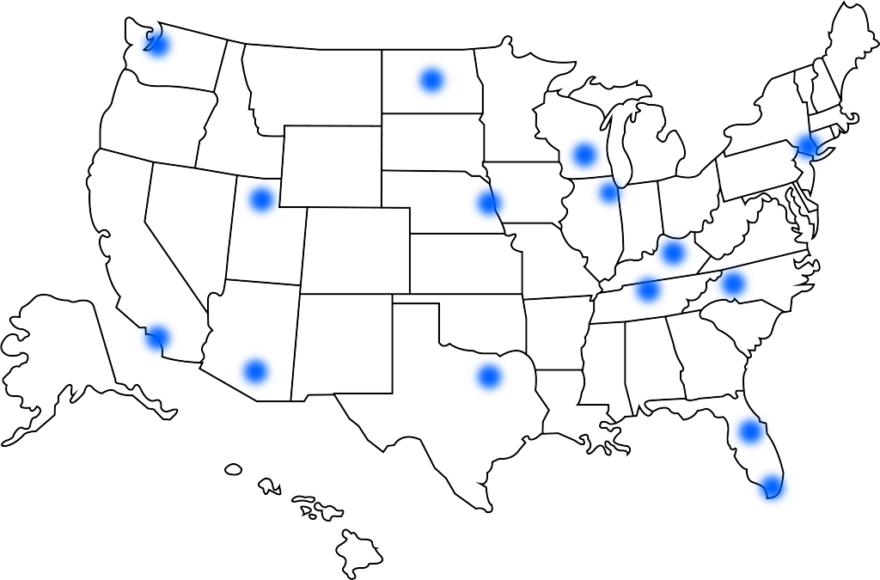 One goal was to quantify the percentage of prospective jurors who express reluctance to appear for jury duty if called to serve in the near future, and what “type” of juror would tend to shun a jury summons. Another objective was to get an understanding of how the Covid-19 pandemic is affecting jurors’ fundamental attitudes of litigation.
Post Covid-19 Jury Panels
One of the questions we asked was whether participants called for jury duty in the near future, assuming they were available, would show up on the day of their summons and avail themselves to jury service. Three-quarters indicated they would appear while 25% said they would not. For those saying they would not show up we asked why. The most common responses were some variation of:
One thing we will keep an eye on is how much of an impact the recent spate of protesting will affect the composition of juries and how a post-George Floyd environment shapes overarching litigation attitudes. Towards the end of the survey several respondents said they would not show up if called for jury duty because, as one respondent said, “I don’t want to go sit in town all by myself  while rioting is going on.” The aforementioned reasons were given for why one quarter of potential jurors would be unwilling to appear for jury duty in the near future. Who are these prospective jurors who will be skewing the makeup of future juries by being underrepresented in jury pools? Those indicating an aversion to showing up for jury duty are previewed below [1]:

It is likely that many in this category of people who will shun future jury duty have historically tried to get out of serving on a jury. At this point in time, fear of the coronavirus might be used as a pretext for desired exclusion from the process. The younger, more mobile group in the “gig” economy sees jury service as an inconvenience and tends to overall be more disengaged (i.e., not voting) from civil discourse. While not significant in the formal statistical sense it is noteworthy from the results that the subset of jurors who would be unwelcoming of a jury summons are more likely to feel they do not have enough control over the direction their life is taking. I believe that a swath of jurors with this mindset would try and get excused from jury duty if they decided to respond to the notice to appear but, if ultimately falling through the cracks and making it on a jury, would not likely become a leader or notably influential during deliberations. Another common thread with these “stay at home” jurors is many of these individuals are more skeptical by nature. These people might hold the plaintiff to a higher burden, and tend to doubt “where there is smoke there is fire” since they reject the notion that just because a trial is underway there must be some merit to the claims. By the same token, generalized skepticism could fuel misgivings about a particular defendant. The claims of a case, type of litigation, venue, and party dynamics will determine how missing this subset of prospective jurors will affect the fabric of the venire.

It is also telling what factors do not differentiate between this “stay at home” group with the three-quarters majority who will be willing to show up. Having had Covid-19, knowing someone who had it, a fear of having it, length of time sheltering in place, frequency of wearing masks, overall health, living in a city, suburban or rural setting, beliefs in whether the media and government have overblown the health risks, and feelings about whether the medical community has accurate information about the virus were not predictive of whether someone will try to avoid jury duty. In a similar vein, most demographics were not predictive of reluctant jurors, nor was which presidential candidate the person intends to vote for in November.

Interestingly, one might posit that in the more metropolitan counties, where coronavirus outbreaks have been especially prominent, prospective jurors in such counties would be more reluctant to show up. Somewhat counterintuitively, size of county was not in any way predictive of whether someone says they will or will not show up for jury duty. In our study, potential jurors in Buncombe (North Carolina), Fayette (Kentucky), Dane (Wisconsin) and Davidson (Tennessee) Counties were more likely to say they would not show up for jury duty compared to people from New York, Dallas, King and Miami-Dade Counties.

Juries will be more full-time white-collar folks who go into an office setting. They tend to get their news from all the major cable news networks such as CNN, Fox and MSNBC and have more positive impressions of the federal, their state and local government

[1] Keep in mind it is easier for a respondent to say they would disregard a jury summons in a survey compared to actually flouting one.

Below is a series of questions we asked panelists about Covid-19 which we will continue to track in future jury research. 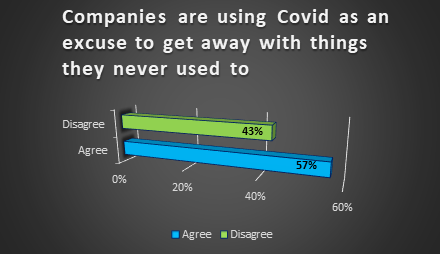 In January of 2017, Trial Methods asked participants nationwide a series of litigation related questions online and has been tracking such questions every January since then. Below is a summary of how respondents answered the questions over the years with the updated June of 2020 sample in the midst of the Covid-19 pandemic. The percent change column on the right shows any shift in attitudes between January of 2020 and late May/early June of this year.